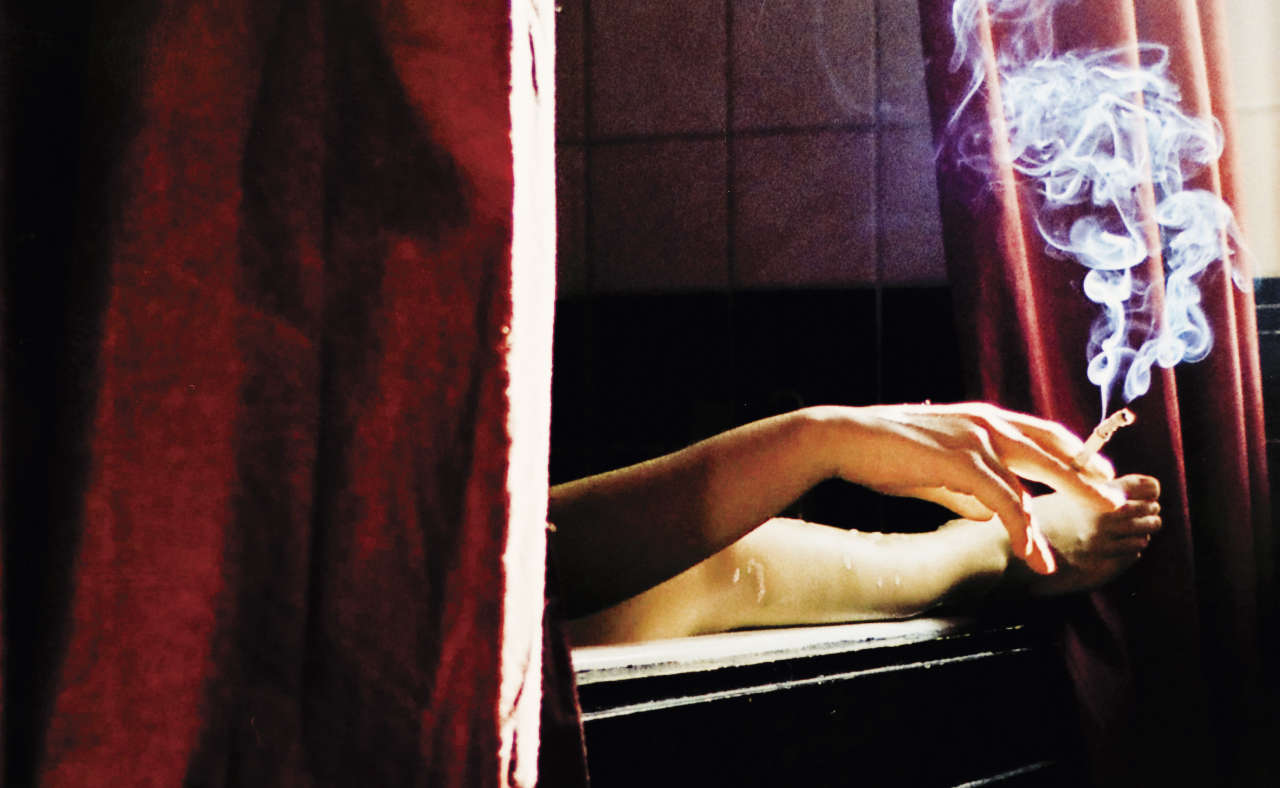 I woke up this morning thinking about crime magazines, B-Girls and women who light men’s cigarettes. Why would a woman light a man’s cigarette? I couldn’t find much about it on the Internet. But there’s a lot about men lighting women’s cigarettes. Unless the man is genuinely being polite, lighting a woman’s cigarette is a tool to pick up women. What we called a, ‘come-on’ in the 1970s—we weren’t stupid, we knew what was going on. One website stated it’s ‘sexist’, after all women have hands. Yes they do and, like men, are capable of lighting their own cigarettes. But none of the websites answered my question. Why did some women light men’s cigarettes? I’m not talking about sharing a match. I’m talking about a woman picking up a man’s lighter from a table and lighting his cigarette for him. Not to mention being in a bar and pouring his beer into his glass. What was that all about? Up to now my research has come up empty. But I think I know why women did it.

Gidget. Don’t get me wrong, I loved Gidget, I wanted to be her. You know, live in California where the weather is hot year round, have surfer guys fall in love with me, and end up with a Moon Doggie type for a boyfriend. Anyone who has seen the movies will know what I’m talking about. There’s a scene in Gidget Goes Hawaiian, where she and Moon Doggie are having dinner in a restaurant and she pours his coffee for him. That was to show him what a good little wife she would make, attentive and loving. As a ten-year-old girl I stuck that scene in my memory. It was something I needed to remember for when I grew up. I must have forgotten because I never did pour my dates’ beers into their glasses. In forty years of marriage I’ve only poured my husband’s beer for him once. He looked at it suspiciously and said, “you poured my beer for me, why?” Who knows? Maybe the memory card from the Gidget movie had finally popped out of the file drawer in my brain.

This brings me to B-Girls. Who were they? Actresses who starred in B-Movies? Bad girls? My research tells me they were Bar Girls, not to be mixed up with Bar Flies. They’re a whole different story. B-Girls were hired by bars in the 1930s to entertain men, light their cigarettes and pour their drinks. If you read old crime magazines or watch Turner Classic Movies, you know the type. The kind that according to Rick James, you don’t take home to mother. I don’t have anything against them. They fascinate me. It has to do with lighting the man’s cigarette. I’ve never lit anyone’s cigarette. Except when they were driving and asked me to pass them one. I stuck it in my mouth, lit it and handed it to them. Not the same thing and definitely not sexy.

As I wrote this, another memory from my brain’s cache jumped out at me: A girl I once met while on a dinner date with someone whose name I can’t recall. I was twenty and naïve at the time. My date’s friend brought a girl with him. I can’t remember their names either. But I do recall her pouring his beer into a glass, leaning in close and lighting his cigarette. It had nothing to do with showing him what a good little wife she would make. It was more of a, ‘let’s get it on.’ Nothing wrong with it, after all it was the‘70s-one of the wildest decades. I spent the night captivated by the way she moved her hair. The way she coyly smiled and adjusted her dress. The way she tended to his smoking and drinking needs. I have to admit, for a moment I thought of pouring my date’s beer and lighting his cigarette, particularly when she filled up his glass for him. But then the scene played out in my mind: spilled beer all over the table. Me, dabbing at the mess with wads of tissues from my purse while my date went up in flames. All to The Doors singing about: a funeral pyre and setting the night on fire. So, I changed my mind and watched her serve herself up to both our dates.

Was she a B-Girl? Do B-Girls still exist? I’m not sure. Maybe. But I do know attentive is not for me. It wasn’t in the ‘70s and it isn’t now—especially if it has to do with pouring or lighting things. It’s better left to the women I can only write about. The B-Girls.

This site uses Akismet to reduce spam. Learn how your comment data is processed.